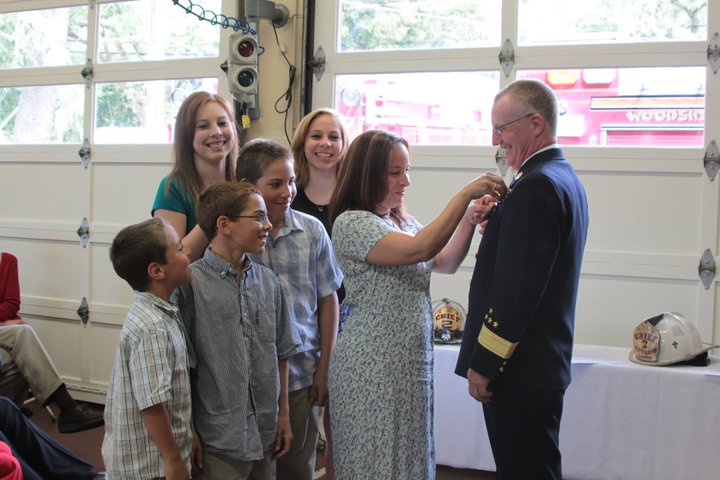 Chief Ghiorso began his Public Service Career in Woodside as a Cadet with the Woodside Fire Protection District (WFPD) in 1991.  He took a full-time position with the Department in 1993.  In 1996, Chief Ghiorso was accepted into the paramedic program, which was newly established by the WFPD. He served as a Firefighter/Paramedic until he tested and was promoted to Captain in 2000 while still maintaining his Paramedic License.  Chief Ghiorso had the opportunity to work in the Fire Departments of South County Fire Authority, Redwood City and Colma as a Paramedic when the County 1st went to all Advanced Life Support (ALS).  He continued to work his way up accepting an Interim position of Battalion Chief in 2006 and then being appointed Battalion Chief in 2007.  Finally, Chief Ghiorso was offered and accepted the position of Fire Chief in 2011.

Aside from his duties in Woodside, Chief Ghiorso instructs in the Emergency Medical Services (EMS) program at the College of San Mateo, which keeps him involved with the “new and young talent coming into public service”. He holds high family values and always makes time for his “team” of five children.  He is also very involved with youth sports, continuously coaching since he was a teenager in 1974.

Chief Ghiorso is a true believer in public and customer service, something his predecessors were very proud to promote. Chief Ghiorso intends to continue in their vision, hoping to improve and provide for our community, the best public service we are capable of.

Find Us On Social Media!

It is the mission of the Woodside Fire Protection District to protect life, property and the environment through prevention, education, preparedness, and emergency response. Learn more...